Resurrected from the soil of suffocation 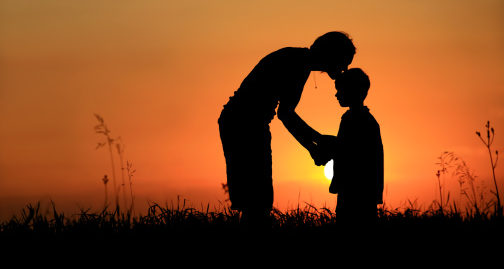 I wake up in a society that shuns me, it shuns my religion and distorts my place within it until everyone is lead to believe that my religion actually oppresses me. A sad reality. My religion has been established to give my kind liberty and lift us from the soil society buried us in. My religion spells peace in its name and my Holy book prescribes mercy in all but one of its chapters. My Lord gives my kind a status that is almost divine. My Lord celebrates women.

I was not created inferior from the rib of Adam but created equal with man. My dear Prophet Muhammad rescued me from a society that believed the greatest honour a father could give his daughter was to bury her beneath the soil and my Lord gave him the greatest honour of having a daughter, Fatima.

She is Kawther, the heavenly abundance promised to the believers and gifted to the greatest man who lived on this earth. He who had the honour of having a daughter through which his pure lineage would continue, with no need for a son. Her husband was Ali, the gate of knowledge, without whom she would have had no equal match on this earth. She was the student of the Messenger of Allah alongside the gate of knowledge – an intellectual, a writer, a teacher, a leader – with her can be found the true Islam. Purified a thorough purification, she is of the household of the Prophet who characterised the most perfect of human attributes.

She was an activist for human rights, an orator, she protested and spoke up eloquently for rights which if achieved would establish Divine Justice on this earth. She had no need for the world, for she was promised the heavens; what she sought was truth and to dispel falsehood and evil. She was a servant of our Lord, the Creator and had such humility that she always put others before herself.

Ummu Abiha, Mother of her father – a title given to her by her father, the Prophet (pbuh). She was gifted motherhood before she became a mother, heaven was under her feet before she even gave birth to Hassan and Husain. For motherhood is so treasured and divine in its qualities. Rub, the Arabic for Lord means to bring up. The word for mother in Arabic, Um, means the source, the nourisher and protector.

Allah (swt) celebrates motherhood and gives women an enviable status – heaven is under the feet of the mother. The holiest mosque, the first house of Allah, the purest Kaaba, cracked its walls open for Fatima bint Asad so that her journey of motherhood would begin with the birth of Ali. The dry soil of Mecca split open for Hajar in answer to her painstaking efforts to find water for her thirsty child. Motherhood at its purest rewarded. Hajar’s legacy lives on as male and female, young and old, follow her footsteps in their compulsory pilgrimage of the holy house, walking and running between the two mountains she first ran to and from. Our Lord honoured Hajar, a black female ex-slave, to be buried in the holiest of mosques, right beside the Kaaba. Allow stereotypes and prejudice to crumble away in your mind right now.

Your child is your dearest and most treasured. Yet, pure faith and submission allowed Euchabid, Musa’s mother to obey her Lord and place her son in a basket in the river, to protect him from being killed, awaiting his return as promised by her Lord. Her obedience is rewarded with such beauty. One of the four greatest women of this world, Asiya, receives Musa and brings him up as her child and Euchabid is reunited with her son by God’s command and is able to suckle him and be his mother. For she sends her daughter to follow the basket to know Musa’s whereabouts and Allah stops Musa from accepting milk from any other woman. Musa’s sister approaches Asiya and guides her to Euchabid, and that is how our dear Prophet Musa is reunited with his mother.

Here Allah honours Asiya with motherhood, without having a child of her own. Allah then honours Maryam with motherhood with no need for a husband, with the miraculous virgin birth of Isa. He honours Khadija with motherhood of a daughter who would break boundaries and be the link between the beginning and end of time. This daughter, Fatima, the fourth of the four greatest women, but in her own right the doyenne of these ladies and all ladies of all worlds, is granted motherhood of the Prophet of Islam.

“Your mother”, the words repeated three times by the Prophet when asked who one should seek to please after Allah. Fourth was “your father”. Now tell me, is there a system in place in the world today that places women in a greater position? Islam resurrected my kind from the soil of suffocation and honoured us a great honour.

This article was first published on The Muslim Vibe.