British Muslims across London joined others yesterday to give blood under the Islamic Unity Society’s (IUS) Imam Hussain Blood Donation Campaign (IHBDC) – the largest Muslim initiative of its kind in the UK.

The event, held at the Islamic Centre of England in Maida Vale, marked the 10th anniversary of the campaign and the launch of an official partnership between the IHBDC and NHS Blood and Transplant (NHSBT).

People from South Asian, Arab and black communities are more likely to have rarer blood types and conditions, like Thalassaemia or Sickle Cell Disease respectively, which require regular blood transfusions. People who require regular blood transfusions need blood from donors with a similar ethnic background to provide the best match and better outcomes in the long term.

In 2015 alone, the IHBDC delivered over 48 dedicated blood donation drives, resulting in the collection of almost 600 units of blood. As each unit of blood collected has the potential to save or improve up to three lives, in total IUS donors could have saved or improved the lives of up to 1,800 people in just one year of the ten year campaign.

Commenting on the achievement, Mike Stredder, Director of Blood Donation at NHSBT said: “The Islamic Unity Society has done a magnificent job helping us to raise awareness of blood donation. Working together we have recruited hundreds of new donors and we look forward to this partnership continuing to grow. We urgently need more donors from black and South Asian communities and would encourage anyone considering blood donation to book an appointment and help save lives.”

Growing year on year, the campaign which began as a single drive in Manchester, now collects blood up and down the UK*, throughout the year, with the help of a network of volunteers made up predominantly of students and young professionals.

Ehsan Rangiha, IUS Chairman added: “The Imam Hussain Blood Donation Campaign has been doing a fantastic job over the past ten years, during which it has saved many lives.The initiative is inspired by the teachings of Islam which dignifies and honours human life, and commands Muslims to do everything to respect and preserve it.

“The NHSBT has been instrumental in giving us the platform to carry out this important work, and this official partnership further strengthens our commitment to supporting blood donation in the UK.

“Finally, I would like to thank Islamic Centre of England for hosting today’s blood drive, and all of those involved from both organisations for their tireless efforts to improve and save the lives of others.”

In general, as long as you are fit and healthy, weigh over 7 stone 12 lbs (50kg) and are aged between 17 and 66 (up to 70 if you have given blood before) you should be able to give blood. If you are over 70, you need to have given blood in the last two years to continue donating. 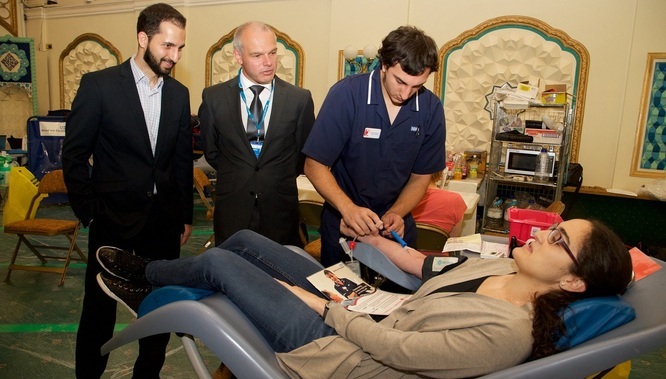 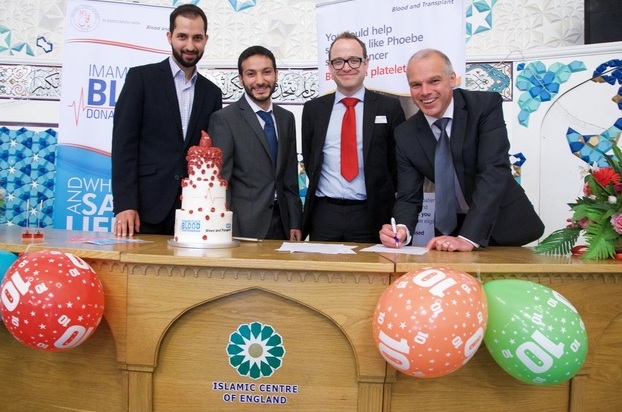 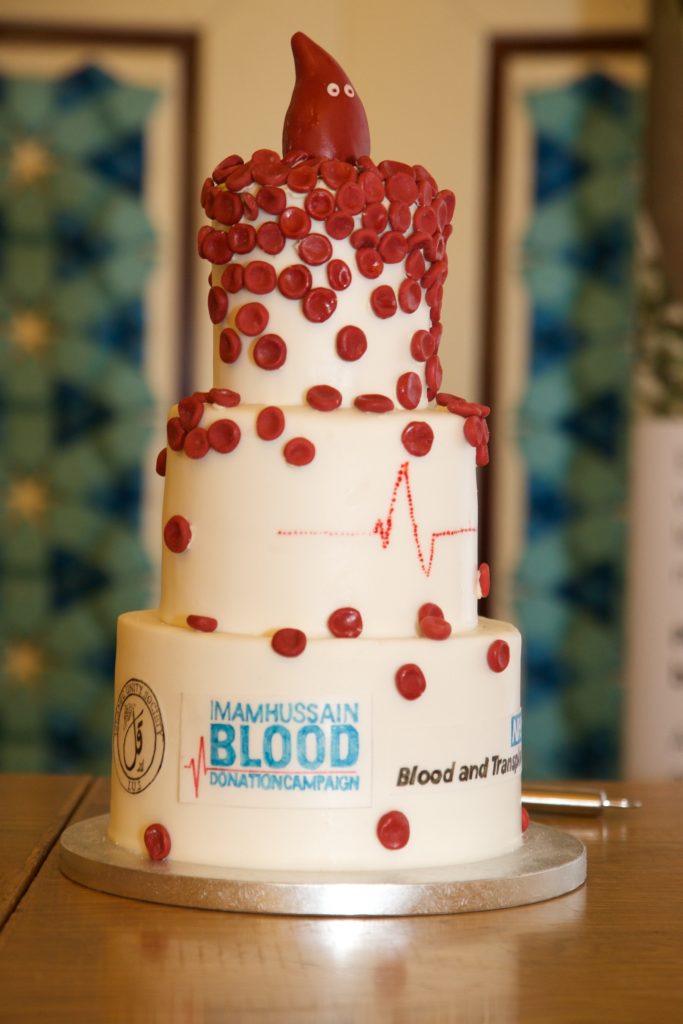 The cake celebrating our anniversary