As a result of the Pakistan floods in 2010, IUS teamed with Rehana Foundation (Charity Number RP/6682/5/113945) constructed  Al-Qaim School, for the poor and orphaned children of the flood affected Basti Sarghani village in District Layyah. In the region the government schools are overcrowded and the private schools were too expensive. It was opened by the donation of land from a village elder and  provides an education for around 120 children up to GCSE equivalent. IUS has held this appeal in the past, see our older video here:

As can seen from above, past fundraising has helped secure basics, such as classroom furniture, i.e. provision for desks, chairs, electricity and lighting. We  also secured further 6 classrooms for the 2 story school, science labs, teachers quarters and male and female bathrooms, veranda, assembly area – making the school sustainable. By the grace of God, the school is growing thanks to the generosity of the donors.

Today, with the school growing, there is now a thriving Under-16s girls football club , and based on sporting merits past alumni have managed to secure jobs, such as one alumni with WAPDA. The current needs of the school are also to improve welfare of students e.g. provide lunch for those coming from poor households, get fresh paint for walls, sort plumbing issues, get coolers and fans, better security measures (guard), get a computer lab. 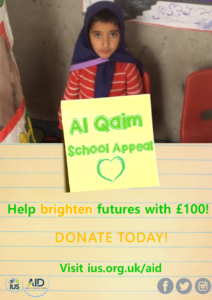 To aid with this sadaqah jariya, please donate. Suggested donation: £100. 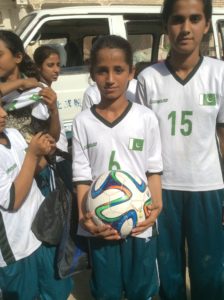 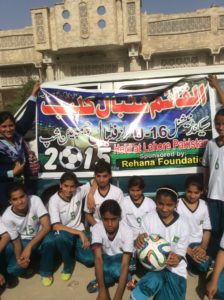 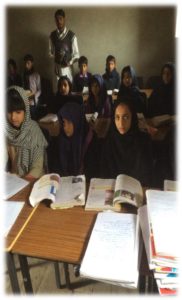 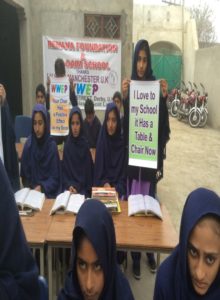 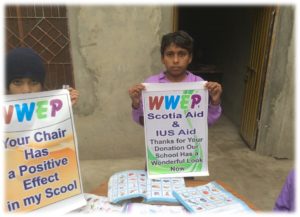 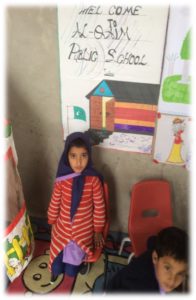 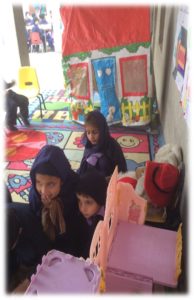 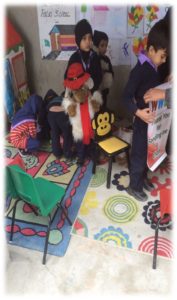 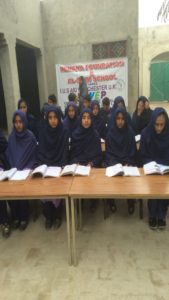 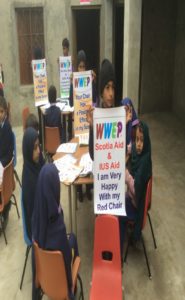 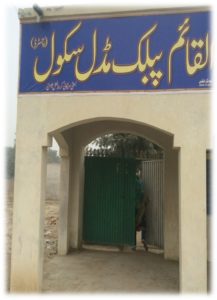