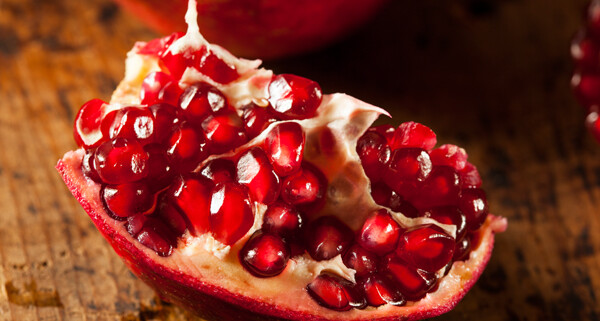 In parts 1 and 2 we discussed the high prevalence of cardiovascular disease as well as the inter-related scientific, spiritual and Islamic reasons for maintaining physical health. The question now arises: what practical steps can we take to optimise our physical health?

The practical advice we have stems from three main sources; Allah (s.w.t.) through the Qur’an, the Ahlul-Bait (peace be upon them) through hadith, and advice from modern day health authorities. In this part we will examine the dietary measures suggested by these sources:

He has also recommended us to eat from the meat of certain animals and their milk, as well as fresh fish and birds;

“He created cattle for you, wherein is warmth and many gain

“For you there is in the cattle a lesson; We give you to drink what is in their bellies from betwixt the chime and the blood pure milk, easy and palatable for those who drink it” (16:66).

(To go into the benefits of eating these individual foods is beyond the scope of this article however the following references [1,2,3] address this topic.)
However, it is essential to note that all such foods should be consumed in moderation:

“eat and drink and do not commit excesses; indeed He does not love those who are excessive” (7:31).

Fasting is both an obligatory and recommended dietary practice within Islam (2:183), which may carry physical benefit especially in overweight individuals [4, 5]. There is evidence of weight loss, reduced blood sugar and cholesterol levels in those completing a month of controlled fasting [4, 6]. Additionally, the improved self-control, self-restraint and discipline gleaned enable us to avoid foods in the long term that predispose us to obesity and cardiovascular diseases. Moreover this self-restraint and resolve are transferable qualities that permeate into other aspects of our life, enabling us to instigate changes to perfect our character and elevate ourselves spiritually.

The Prophet (p.b.u.h.) has advised against overeating as identified by the hadith:

Another frequently cited hadith recommends that one should fill one third of the stomach with food, one third with water and one third should be left empty [8].

We can also take lessons from the reported eating habits of the Ahlul-Bait. It has been described that the Prophet (p.b.u.h.) and Imam Ali (a.s.) would refrain from eating bread from refined flour, and would rather eat that which contained barley and bran [2: part 10]. Both are also thought to have seldom consumed meat; perhaps less than once a month, suggesting a vegetarian type diet is more preferable. In fact Imam Ali (a.s.) has been reported as saying, “Don’t let your stomach become a graveyard for animals” [9].

Food, and the manner in which it ought to be consumed as mentioned in the Qur’an and as practiced by the Ahlul-Bait, correspond well with the balanced diet advocated by health authorities today. For instance, the proportion of fruits and vegetables to meat mentioned in the Qur’an is reported to be around 3:1 [2: part 2] which corresponds to the recommendations of the British Heart Foundation (BHF) encouraging the consumption of “plenty of fruit and vegetables” and “some meat, fish… and other non-dairy sources of protein”[10].

The BHF also encourages the consumption of plenty of starchy foods including bread, rice, potatoes and pasta, choosing “wholegrain varieties whenever you can” [33]. This corresponds with the practices of The Prophet (p.b.u.h.) and Imam Ali (a.s.) as outlined above. We know today that wholemeal foods are recommended as a source of fibre to improve digestion, in diabetics to help control blood sugar levels and in overweight individuals to help weight loss. The BHF’s exact recommendations are detailed in Table 1 below:

Traffic light labels found on most food packaging are of great help in adhering to the above recommendations; guiding on adequate consumption of each food group and daily energy intake. (It is important to note that the above recommendations are for those aiming to maintain a healthy weight and adjustments are required for underweight or overweight individuals.)

Through the Holy Qur’an and traditions of the Ahlul-Bait it is evident that diets composed of wholegrain foods, vegetables and fruits are preferred. In addition, it is imperative that all such foods are consumed in moderation. We will conclude this discussion on Islam and physical health in Part 4 where we will examine the importance of physical exercise and community measures to improve physical health.

[5] Al-Dousari B. The History and The Philosophy of Sport in Islam. Unpublished BA dissertation. Ball State University, Muncie, Indiana 2000; 8-9.